Hit enter to search or ESC to close

SANSIVERI WELCOMES (BACK)
DAVID H. LICHTENSTEIN
TO THE TEAM

“David H. Lichtenstein, CPA, MST left two years ago, and is now back. This time, as Partner.”

NOSTALGIA FOR THE PAST

David vividly remembers when he first joined Sansiveri. It was nearly two decades ago in 2002, and he was gearing up to begin his duties as a Supervisor.

While it was David’s first day, ironically enough, it was Jerry Sansiveri’s last as leader of the firm.

“I was a new guy. He didn’t have to stop by my office, but he went out of his way to sit down and chat with me for a few minutes,” states David, about Jerry — the namesake of the company who in 1975 opened the doors of an accounting and business consultancy that later evolved into Sansiveri, Kimball & Co., LLP.

As for the other half of the company name: “I strive to be like Joe Kimball, who really welcomed me and my family to Rhode Island.” Joe Kimball is a former Partner, who helped lead the firm. 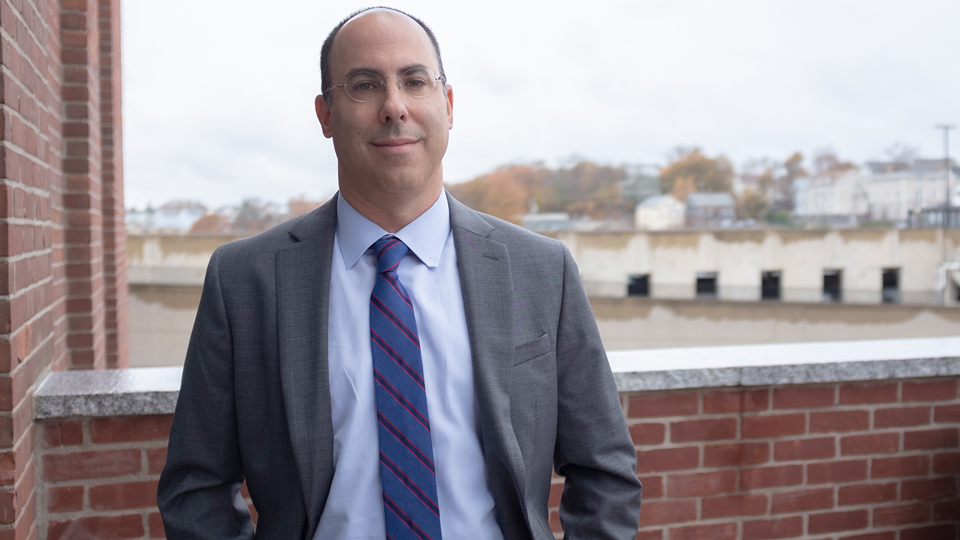 HERE, IN THE MOMENT

“I love it here in Rhode Island because it’s a small community with so many good restaurants, close proximity to the water, and a vibrant culture, ” adds the Ardsley, NY native who relocated to the Ocean State from Atlanta after his wife landed a position with the CDC. “I actually now consider myself a ‘Rhode Islander’.”

As far as the business community goes, David considers it to be somewhat close-knit. “It’s a bit of a challenge to break in, but once you do, there are so many opportunities to build solid relationships.”

Building relationships pretty much sums up the reason why he is happy to be back at Sansiveri — an environment that has a genuine family vibe to it, according to David. “We’re not all just working here; we’re actually all friends. Here is where people won’t hesitate to go out of their way to assist with any issues or challenges that you’re facing.”

Hobbies: Traveling and attending theatrical performances with his family

Random Fact #1: Two years ago, he performed as FDR in The Community Players’ rendition of ‘Annie’

Random Fact #2: He’s a self-described ‘hack musician’ — playing drums in a band consisting of other ‘dads’

“We spend so much of our time working, so I figured why not do it here? Sansiveri is where we band together, and I am grateful to be part of this family again.”

LEADING INTO THE FUTURE

As a Partner at Sansiveri, David looks forward to co-leading staff development efforts, providing tax expertise for clients, and helping to shape and define Sansiveri’s Tax Consulting & Compliance department into the next generation.

“While tax consulting and compliance is a huge component of what we do, we are constantly looking at the big picture as business advisors – not just approaching issues through a tax lens. The best tax decision may not always be the best business decision for our clients. And our use of top-notch technology provides us with the tools to efficiently provide our services.”

“But we need to be careful with technology,” David warns. “Digital communication has become the norm in our society, with phone calls and face to face meetings being replaced by texts and emails. With that, we are quickly losing the human element of conversation, which is essential to building and maintaining strong relationships. When a client or colleague needs my help, I’m ready to pick up the phone, walk down the hall, or hop in the car for a visit.”

Solving problems and looking out for the best interests of others is, in fact, what has driven him throughout his long career in public accounting. “I love helping others, being proactive, and guiding people. I enjoy working through a problem – whether that is alongside clients or colleagues — and arriving at a solution, while learning along the way.”

When a client or colleague needs my help, I’m ready to pick up the phone, walk down the hall, or hop in the car for a visit.

LIFE AT SANSIVERI, AND BEYOND

The Bryant University and Binghamton University alumnus also values the ‘balance’ that is a critical part of Sansiveri’s company culture. It allows him to pursue other interests. “I’m able to contribute to the community outside of what we’re doing here at the firm.”

One of those extracurricular activities involve serving as Treasurer for the PTO at his 13 year-old daughter’s school. In that role, David has been able to apply his talents to raise money for student enrichment programs, among other responsibilities.

Nonetheless, David doesn’t neglect the fact that work consumes a substantial part of our lives, which is another reason why he’s happy about his return.

“We spend so much of our time working, so I figured why not do it here? Sansiveri is where we band together, and I am grateful to be part of this family again.”

For more information about David and other members of Sansiveri’s leadership team, please visit our Team page.